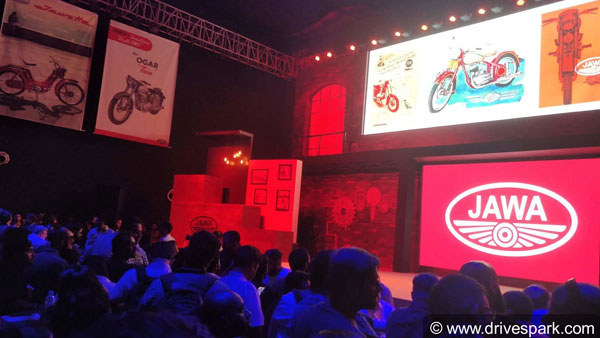 The Czech-origin Jawa Motorcycles is a subsidiary of Classic Legends, owned by Mahindra.

The new Jawa Motorcycles have been launched at a starting price of Rs 1.55 lakh ex-showroom (Delhi). Want to know more of the cheapest Jawa on sale? Check out our First Look Review of the Jawa Forty Two.

Meanwhile. the new Forty Two might not look that desirable for some, especially elder riders. Jawa Motorcycles has also introduced a special model called just 'Jawa' itself. Check out the First Look Review Of The New Jawa.

The Czech-origin Jawa Motorcycles is a subsidiary of Classic Legends, owned by Mahindra. For the same reason, the new Jawa models share some components from the existing Mahindra Mojo. Even the engine is based on that of the Mojo's but engineered to match the character of a 'Jawa bike'.

The new Jawa motorcycles were spied multiple times ahead of their launch. From the spy images, we can make out some modern yet classic design details of the popular motorcycle from the late 20th century.

The engine details of the new Jawa motorcycles were revealed officiallytoo. The 293cc liquid-cooled single-cylinder engine is designed in a way to resemble the original two-stroke motor. It even has similar air-cooling fins and double-exhaust pipes.

The engine makes 27bhp and 28Nm of torque. It is mated to a six-speed gearbox and is BS-VI-compliant. Once launched, the new Jawa motorcycles will rival the Royal Enfield Classic 350.

Jawa Motorcycles India has set the venue to bring back the legendary nameplate.

The Audience Awaits As The Officials Tell The Story Behind Jawa

Boman Rustom Irani, Anupam Thareja and Anand Mahindra share their experiences with the iconic motorcycles of the 20th century.

Even though the company had stopped operations in the early '90s, fans of the 'Jawa bikes' only got higher in number, over the years.

The crowd is stunned. We know you are too, after looking at the bobber! Wait for more details.

The classic-looking motorcycle is called just the Jawa.

The bike on the right is called the 'Jawa 42'; quite an interesting name to suit its character.

The bobber-styled Jawa Perak will definitely have a huge fan following in the coming days. What do you think?

The designers at Jawa has just brought back a design theme which everyone found hard to forget.