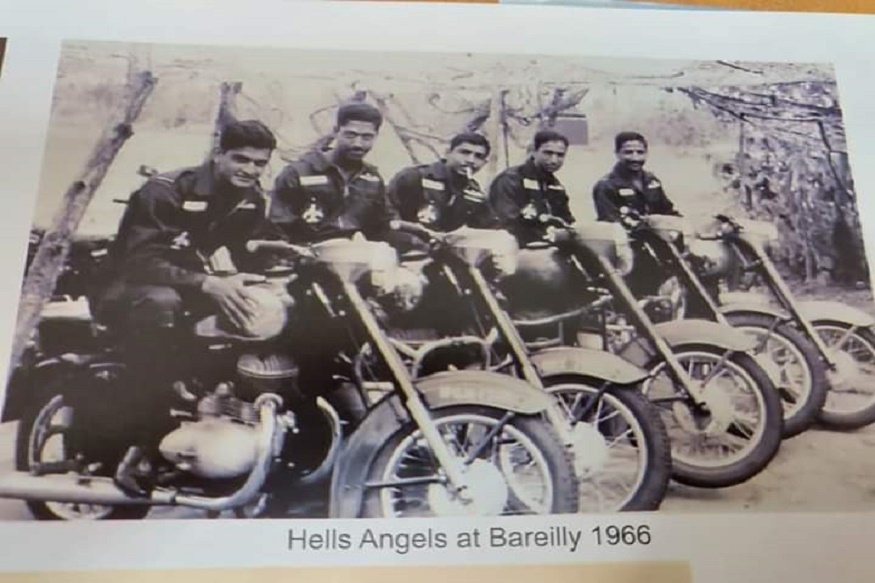 The event was organized by Classic Legends Pvt. Ltd. parent company of Jawa who re-launched the iconic motorcycle in collaboration with Mahindra. The objective of the event was to collect the funds for the Indian Armed Forces

After successfully collecting the funds by auctioning 13 motorcycles from its first batch of production motorcycles, Classic Legends handed over the proceeds to the Kendriya Sainik Board, Ministry of Defence (Government of India) at a joint ceremony in the presence of eminent armed forces veterans, war heroes and officers.

At the event were a special bunch of people called the Hell’s Angels. The four former Indian Air Force officers, who were part of a 5 member team from the 1971 Indo-Pak war owned the original classic Jawas back in the day. This group of five IAF pilots were part of the same squadron in 1971 and there’s a photograph of the five sitting on their Jawa bikes.

Jawa wanted to recreate the same moment and invited the four members to the ceremony who recreated the same moment by sitting on the new Jawa bikes, as they did in the Bareilly airbase. A helmet was kept on the fifth bike in remembrance of the fifth deceased officer.