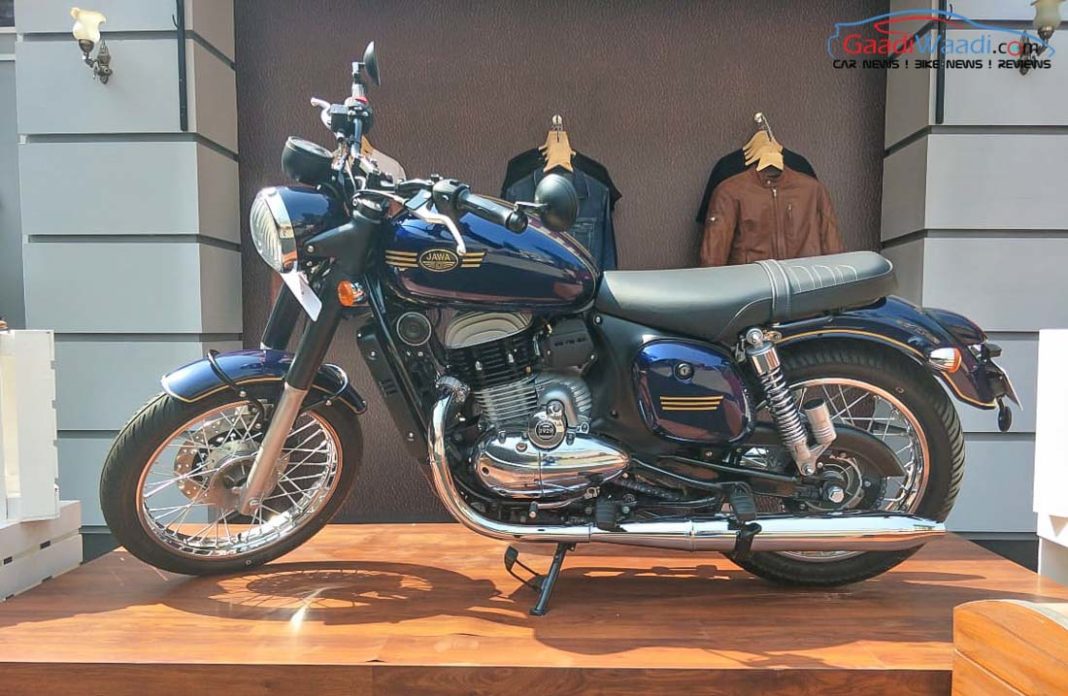 Both Jawa and Jawa Forty Two get the same 293 cc, liquid cooled, single cylinder, DOHC engine that churns out 27 bhp and 28 Nm of torque.

The official mileage figure of Jawa and Jawa Forty Two is out. In a tweet, Jawa Motorcycles has said that the ARAI certified fuel efficiency of both the motorcycles is 37.5 kmpl.

Both Jawa and Jawa Forty Two get the same 293 cc, liquid cooled, single cylinder, DOHC engine. It churns out 27 bhp and 28 Nm of torque. The motor complies with BS-VI norms. The two models have been designed and developed from scratch keeping in mind the distinctive character, unique sound, styling and riding experience. Jawa and Jawa Forty Two are tuned as retro and modern classics, respectively.

With regard to Jawa Perak, which is priced at Rs 1.89 lakh (ex-showroom, Delhi), it was announced that the bookings will open at a subsequent date. Jawa Perak is powered by a 334 cc, liquid cooled, single cylinder, DOHC engine. The powertrain develops 30 bhp and 31 Nm of torque.

Classic Legends' co-founder Anupam Thareja had earlier said that the deliveries for Jawa and Jawa Forty Two across the country will start from the fourth week of March as per the booking queue. He had also said that by the third week of March, there will be 100 Jawa Motorcycles showrooms in the country.