AutoLogue Design – a vehicle customization outfit based out of Pune – is developing a Scrambler kit for the Jawa 42  retro motorcycle, whose deliveries have just begun

The Scrambler customization kit for the Jawa 42 could include on-off road tyres, a headlamp grille, shortened rear mudguard, a taller front mudguard, a shorter seat, smaller tail lamp, repositioned turn indicators, after market  exhaust that sits taller and finally a tank carrier. The engine and gearbox are likely to be carried over without any changes.

The Jawa 42 uses a 293cc, single-cylinder four-stroke engine derived from the Mahindra Mojo. Extensively reworked for better low-end torque and a gruff exhaust, the motor is fuel-injected, liquid-cooled and gets a 4 valve, twin overhead camshaft head. It makes 27 Bhp of peak power and 28 Nm of peak torque. The gearbox is a 6-speed unit but one that doesn’t offer a slipper clutch.

Single-channel ABS is standard and the Jawa 42 has disc brakes on both wheels. A dual-channel ABS-equipped version will make its debut sometime in June/July 2019. Classic Legends, the company that has brought back the Jawa brand into the Indian market, has temporarily paused bookings for both the Jawa 42 and the Classic models. Bookings will be restarted once all the existing bookings are serviced. By September 2019, all current bookings for the Jawa motorcycles will be serviced.

The 42 is the least priced motorcycle in the Jawa range, with prices starting from Rs. 1.55 lakhs. The Jawa Classic is a mechanically similar model that gets retro styling. It’s priced about Rs. 9,000 higher, at Rs. 1.64 lakhs, ex-showroom Delhi.

Jawa is also planning to launch an affordably priced Bobber motorcycle by the end of 2019. Already showcased, the  Bobber will be called the Jawa Perak. It’s priced at Rs. 1.89 lakhs and will be the flagship motorcycle in the Jawa range. The Perak will feature a 334cc, big bore version, which is based on the motor that powers the Jawa 42 and the Classic. It’ll make higher power and torque. 31 Bhp of peak power and 32 Nm of peak torque are the numbers that have already been revealed as the outputs for the Perak. The motorcycle will be a single-seater and will share the rest of its mechanicals with the Jawa 42 and Classic save for the rear suspension, which will be a mono-shock unit. 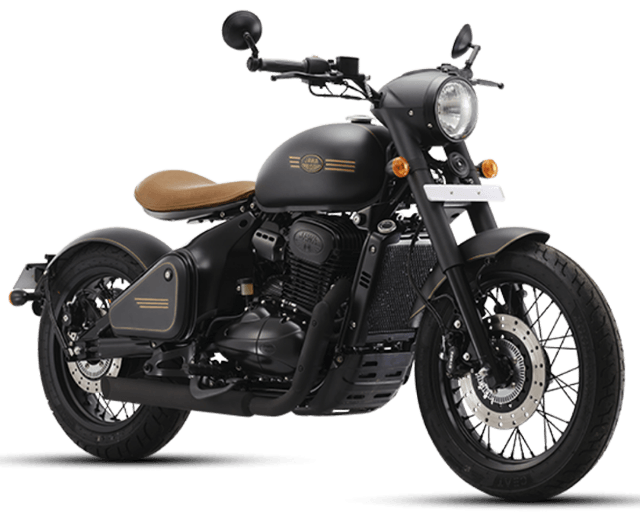 It is therefore advised NOT to visit the above mentioned fraudulent websites or make any payment related to Jawa dealerships & products. For allocating a new dealership, we will never ask you for a up-front payment. To apply for a dealership or book your Jawa motorcycle, please visit the official website of Jawa Motorcycles (Classic Legends Private Limited) i.e. https://www.jawamotorcycles.com.