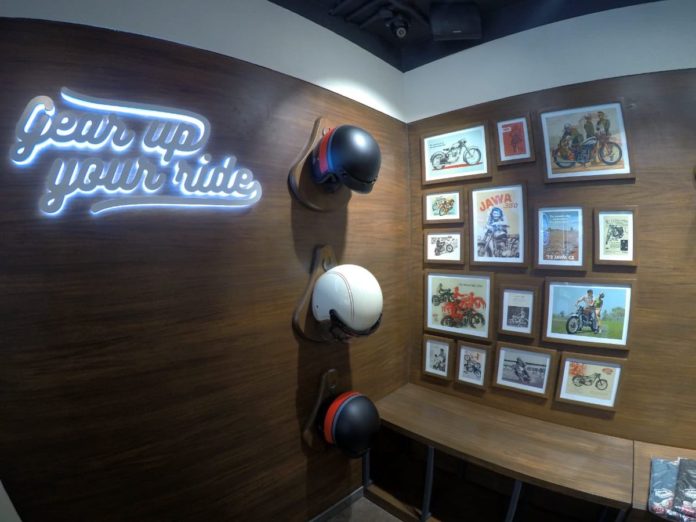 Jawa Motorcycles has inaugurated its 50th dealership in India in the city of Udaipur. The company is planning to open 105 dealerships across the country and the rest of 55 dealerships will begin its operations by the middle of March, then the delivery of Forty Two and Jawa Classic models will start.

The iconic Czech manufacturer officially announced its re-entry in November and the company has managed to create lots of hype around its motorcycles thanks to its earlier models in India. The design theme of dealerships also follows the retro theme as it gives a special feeling for the customers like Royal Enfield.

Like most of the other manufacturers, the company is giving importance for accessories and it includes – merchandise, beautification of bike accessories and performance parts for the current bike, which is expected to be available soon after the delivery. The Forty Two and Classic models from Jawa competes head-on against the Classic series of Royal Enfield.

The waiting period of both Jawa Classic and Forty Two is really high as the company has officially stopped bookings on December 25th as they need to manage production and clear the back log. According to Jawa, the Classic and Forty Two are sold out till September 2019 but customers can still book the bike in dealerships.

The retro-bike manufacturers have tied up with various banks to offer finance facilities. The company partnered with Mahindra First Choice Wheels so that customers can exchange their old bikes for new Jawa models. The Jawa and Forty Two are powered by 293 cc single-cylinder, liquid cooled engine, producing 27 bhp and 28 Nm.

This engine is mated to a 6-speed gearbox and the engineers have tuned the engine to produce an excellent mid-range performance. In December, the company also introduced dual-disc brake variant with ABS braking system as earlier both these models come with front disc and rear drum brake set up. The Forty Two’s price starts at Rs. 1.55 lakh and Jawa at Rs. 1.64 lakh (both price, ex-showroom).