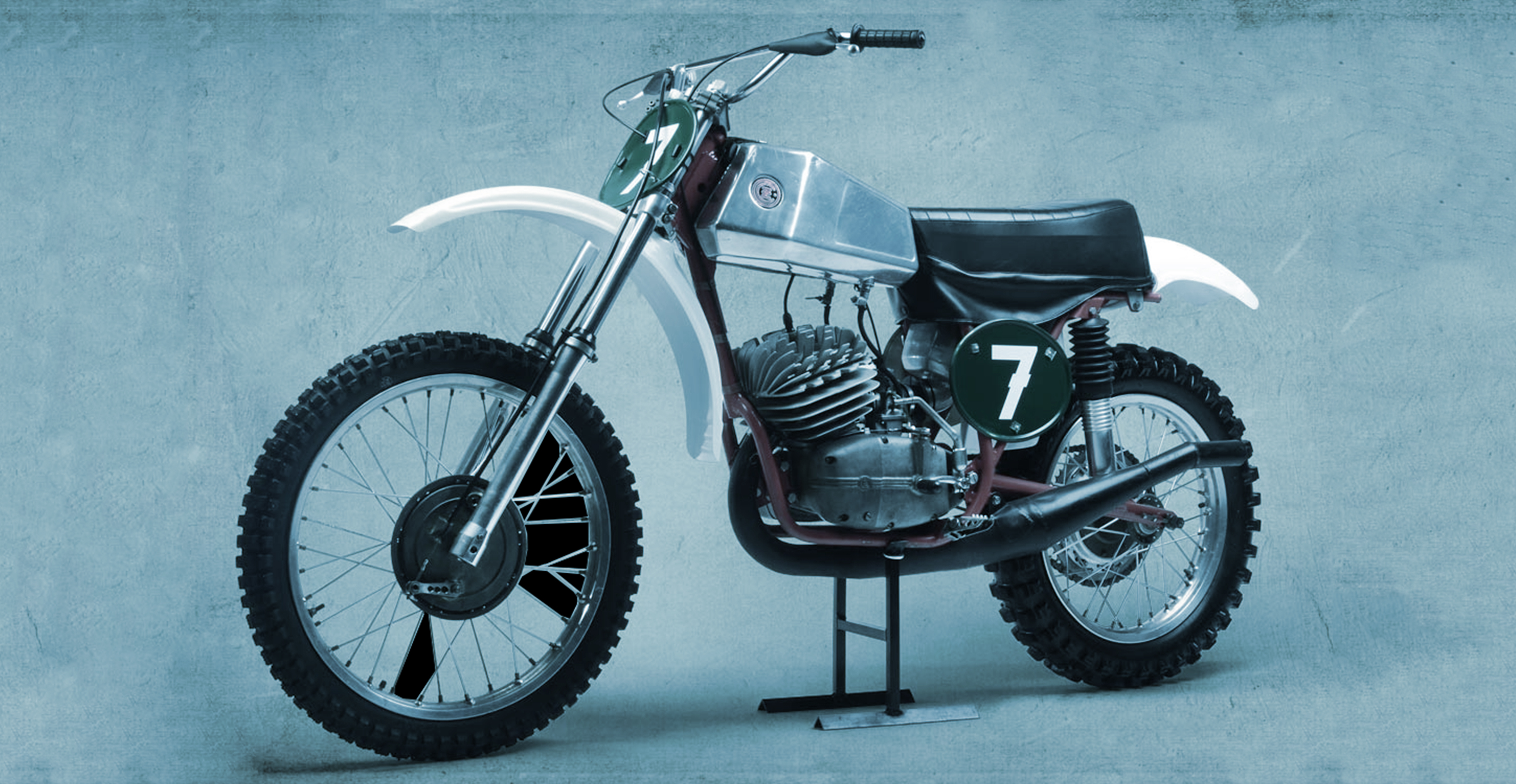 The Falta in our stars

In the 70's, no-one would mention the word "racing" without bringing up Jaroslav Falta. As a member of the CZ factory racing team, Falta was one of the top motocross racers of the time.

Falta's legendary skills on the track shone through in all their fuel-filled glory in the 1974 FIM World Championships against the Russian KTM Team headed by Guennady Moisseev. Falta needed to finish second in the final two races of The Grand Prix of Switzerland to win the championship and deny Moisseev a potential victory.

The two racers were locked in a dizzying battle for the finish line when Moisseev had to pull out due to a rear suspension failure.

As Falta approached the Russian to lap him, Moisseev rammed his motorcycle into Falta’s ride, knocking him down.

Not to be easily deterred, Falta immediately regained balance and continued the race, finishing third. Victory seemed to slip away - Falta would need to finish first in the final moto to clinch the title.

Thanks to the raw power of his CZ and his skill, agility, and determination, Falta managed to take the lead in the second moto. Moisseev’s ride once again developed problems, forcing him to back off.

Moisseev’s countrymen tried to slow Falta down by ramming his CZ, taking him down yet again, but help arrived in the form of Jim Pomeroy and Harry Everts. They helped Falta squeeze back into the lead from third place.

The moto ended with Falta winning the championship. Or did he?

Internal politics reared its ugly head only two hours after the race. One of the officials declared that Falta had jumped the starting gate in the second moto. Falta was stripped of the 1974 title, and Moisseev was crowned the winner. Over the years, there have been several attempts at overturning this result - but in vain.

Later in 1974, Falta reclaimed the title as one of the greatest racers of his time. He stunned a 65,000 strong audience at the Los Angeles Coliseum during the Superbowl of Motocross, finishing first.

Jaroslav Falta was instrumental in instilling the CZ faith in moto-lovers in the 70's, and he remains an inspiration for aspiring racers across the world to this day.