Ashok Naidu and his '52 Jawa

What do you do when you think you’ve reached your limit?
Do you stop? Turn around?
Or do you push it further?

When die-hard JAWA believer Ashok Naidu started falling behind his fellow riders up the challenging Khardung La pass on his father’s vintage 1952 Jawa CZ 250, he wavered. Would his bike make the climb?

Inheriting the family Jawa
Ashok was swept up into the Jawa story from a young age. Each morning he watched, completely entranced, as his father pumped the kicker of his sleek black and maroon Jawa and then roar off on his daily commute. Ashok was hooked.

Years later, the teenage Ashok inherited the bike, and so began a long and checkered history of sneaking out his window for secret joy-rides through the midnight city streets.

It was only a matter of time until he discovered the local racing circuit. He wasted no time carving out a name for himself, tasting his first victory at the 1981 Mumbai - Pen - Pune Motorcycle Rally. In fact, since 1990, Ashok has attended nearly every vintage motorcycle rally around Pune.

The Naidu Jawa rides again
In 1999, Ashok decided it was high time to restore his prized possession - his father’s vintage Jawa 250. He enlisted the help of legendary Jawa guru, Mr. Chandrakanth Thorat, and together they began a complete restoration to bring the vintage bike back to its former glory.

Finally, his Jawa 250 was ready to roar again.

The perfect opportunity to put their work to the test arrived in 2005 with a 4000+ kilometer ride from Ambala to Leh and back again with the Mumbai-based Yezdi and Jawa bikers’ club. Ashok didn’t hesitate - he set off on his greatest adventure.

The road trip of a lifetime
Despite the older style suspension, the vintage Jawa made easy work of the ramshackle roads, traversing plains, plateaus, and rugged mountain terrain. Coupled with the extreme temperatures, the journey was no easy feat even for the newer machines, but after weeks on the road, Ashok arrived at the serene town of Leh without incident.

But ahead lay the highest motorable pass in the world - the famous Khardung La pass. At a height of 18,380 feet, this was where the real challenge began.

Hitting the wall
Struggling with the steep ascent and low oxygen level, Ashok’s 250 started falling behind the pack - until finally, it flat out refused to take on the climb.

Ashok told his friends to go on, promising he’d re-join them at a later checkpoint at K-Top. But Ashok wasn’t sure he’d make it at all.

Stranded, he couldn’t go on, but he wasn’t ready to admit defeat, either. He tried calling his mechanic, but the mobile signal was too weak - he couldn’t get through.

"It was so cold that the bike just wouldn’t heat up, even when I was hitting the gas,” Ashok said.

Defeated, he turned around and began his reluctant return to Leh - until a thought struck him. The bike had been handling the gradient just fine. That meant it wasn’t the incline that had been the problem - it was oxygen.

The breakthrough
Ashok dismounted and loosened the air screw of the Jawa’s carburetor to increase air inflow. He crossed his fingers. He pumped the kicker.

Like magic, the 250 sprung back to life. Ashok made a U-turn and raced up the incline. Over the next two grueling hours, Ashok covered the last 24 kilometers.

Finally reaching K-Top, Ashok was greeted with wild cheers by his fellow riders. No-one was looking at the breath-taking scenery - all eyes were on Ashok and his vintage plunger suspension bike triumphantly racing over the crest of the hill.

Finishing the ride
Ashok continued for his crowning glory, a solo 110-kilometer ride from K-Top to Numbra Valley to regroup with his fellow club riders, his faithful Jawa in fine form. Ashok’s ride went on to be recorded in the Limca Book of Records, winning Ashok and his bike honors and articles across the country.

"I took up the challenge because of my confidence in my father’s bike,” said Ashok.

It’s a true testament to the never-say-die attitude of the Jawa. 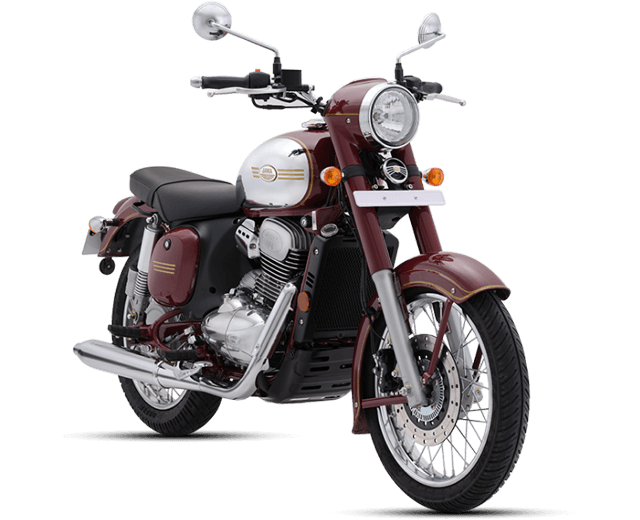 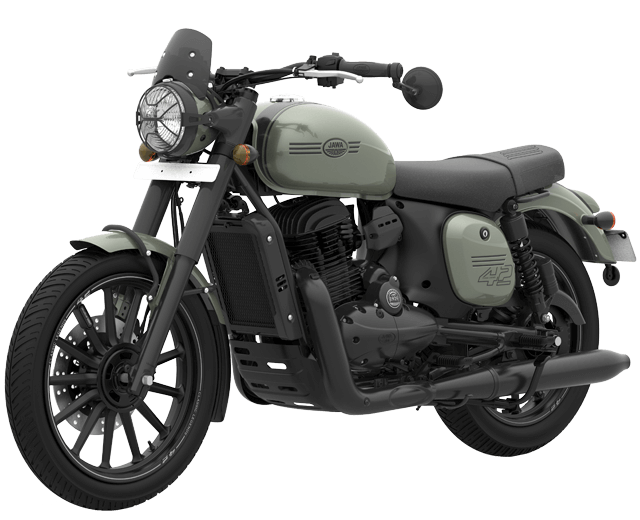 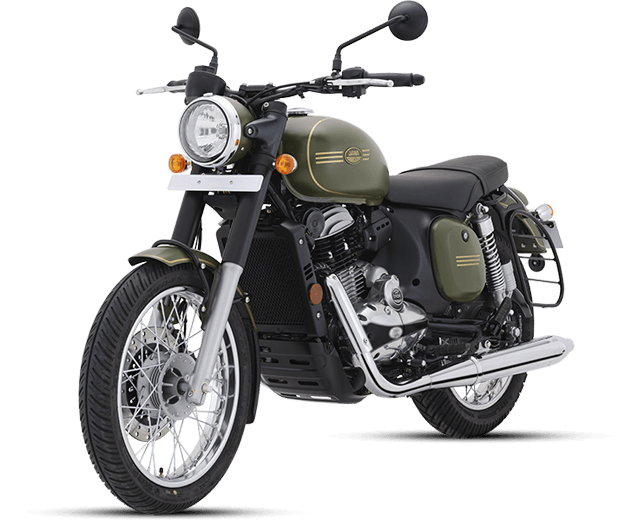 
It is therefore advised NOT to visit the above mentioned fraudulent websites or make any payment related to Jawa dealerships & products. For allocating a new dealership, we will never ask you for a up-front payment. To apply for a dealership or book your Jawa motorcycle, please visit the official website of Jawa Motorcycles (Classic Legends Private Limited) i.e. https://www.jawamotorcycles.com.